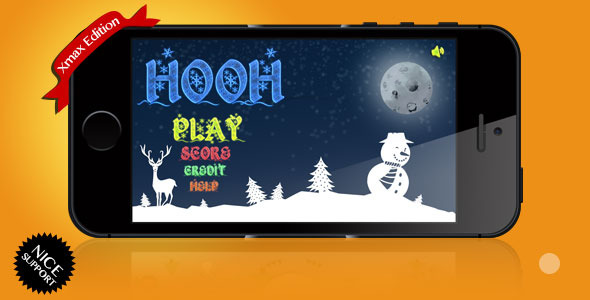 It’s a runner game with Xmas theme or … and It has written by objective-c and UIKit technology.

The santa wants to collect gifts before Xmas, you have to control her with taps. there are earthquake and gravity.

As you know, I have coded this game with UIKit, ANY OPENGL CODES!!!
So you can changed the graphic too easy!