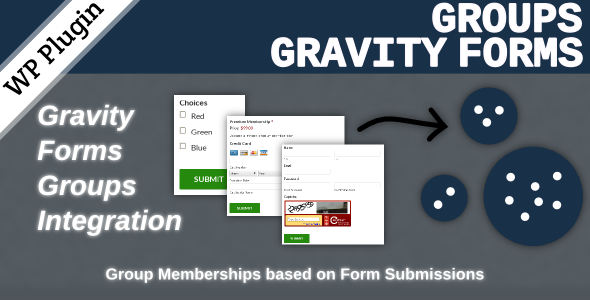 This extension integrates Groups with Gravity Forms. It allows to add users to groups automatically, based on form submissions.

You must have Gravity Forms 1.8.x or higher and the Groups plugin installed and activated on your WordPress site. Some of the integration features require Gravity Forms Add-Ons which are only available to those who have a Gravity Forms Developer license.

A new Groups settings section is provided for each form, where automatic group membership assignments can be determined.

Group Memberships based on Form Submissions

For each form, one or more groups can be chosen that a user who submit the form will be added to.

A form field can be used to determine which groups the user will be added to. 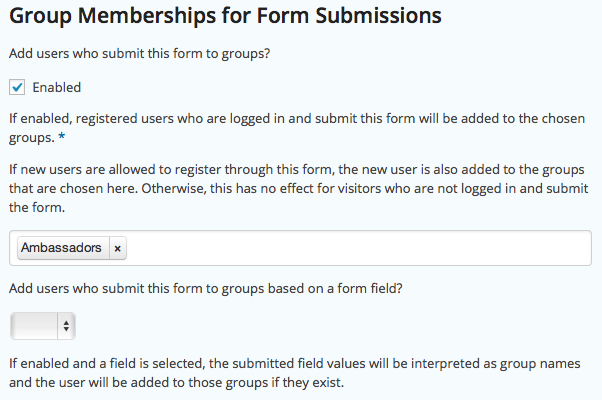 When a visitor registers through a form, the user can automatically be added to one ore more groups.

When a payment has been made, the user is added to one or more groups. If the payment is reverted/refunded, the user is removed from those groups.